Today on Mossberg’s Rugged American Hunter series with Jason Cruise, we cover a simple tip and strategy with decoys on how to hunt flooded timber and use the Mojo decoy in a way that you may have never thought of in your flooded timber hunts.

Jason is hunting the hallowed grounds of flooded timber in Arkansas.

Jason Cruise is a published author and the host of Mossberg’s Rugged American Hunter series. www.JasonCruise.com and @JasonLCruise on Twitter.
Tags:
« Return to Blog 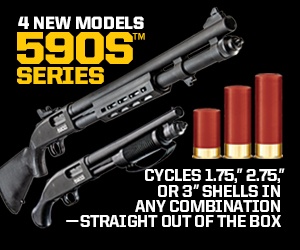 Related Blog Posts
Article
Jerk Cord: The Ultimate DIY Jerk String For Motion Decoys
Jerk Cord ideas are nothing new to duck hunting decoy spreads. Motion decoys are critical to duck hunting and you can ask any serious duck hunter only to find that…
» View
Duck Decoy Strategies, Duck Decoy Tips, Green Head Gear, Jerk Cord, Jerk Rig, Jerk String
Article
Whitetail Tech Tip | Picking the Right Rifle
Picking the right rifle for deer hunting can be intimidating. With all the different options out there, Brett goes over some things to consider when choosing what gun to get,…
» View
Article
5 Reasons You Can't Call Up A Cat
Calling for bobcats can be tough. It’s just one of the sad truths of predator calling. But it can be done. While some parts of the country seem to play…
» View
Bobcat, Bobcat Calling, Brodie Swisher, Coyote, Coyote Calling, Predator
Continue